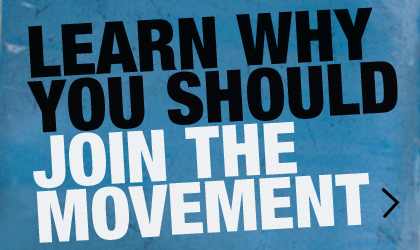 The Free Life Movement Is A Collective Tribe Of Empowered Revolutionaries Who Refuse To Accept The Status Quo.

We Are Working Together As A TEAM  to  help change as many lives as possible. We reject the traditional work-for-wages existance and refuse to let others determine the value of our time. We choose to d﻿﻿esign the lives we want and deserve, rather than asking a boss for permission to live our lives.


WHAT ARE WE?  Freedom-preneurs: (A) People who understand the value of living free and earning free without influence of state, judgement or corporate coercion.  (B) People who follow a formula created from the experience of others before them.  (C) People who redefine the status quo .  (D) People who are location independent.  (E) People who create a LIFE-STYLE instead of living a LIFE-SENTENCE at low-paying, life-draining jobs.

WHO ARE WE?  College and high school graduates/dropouts, former construction workers, bookstore managers, cubical workers, hippies, dads, moms, wives, husbands, ﻿﻿﻿musicians, poets, retirees and everything in between... who are now generating a life-changing income online in their shorts and flip flops...from ANYWHERE they choose to work.

Our MISSION is NOT just about selling a product or service. It IS about FOLLOWING A SYSTEM AND USING A GAME PLAN to rescue the large percentage of the population who literally HATE what they do for a living. They live a life that is enslaved to a set of values and beliefs that were designed to teach people how to be broke employees who are trapped in a world they despise. And depending on one source of income (job) that can be taken away at any time.

Will you quit the rat race this year? Or will you continue to chant the weekly mantra, "Thank God It's Friday!" Are you tired of being allowed just two days out of seven to live your life? What if you could spend EVERY DAY living a weekend lifestyle while making a difference in the lives of others? Stop asking your boss for permission to live your life!

We urge you to find your own unique definition of FREEDOM and make it happen.  Life is short. Make it count and live it to the fullest.  Join us in the MOVEMENT. Create your OWN economy and TAKE YOUR LIFE BACK!

BECOME THE CHANGE THAT YOU WISH TO SEE IN THE WORLD!
​
"Here's to the crazy ones. The misfits. The rebels. The troublemakers. The round pegs in the square holes. The ones who see things differently. They're no﻿﻿t fond of rules, and they have no respect for the status quo. You can quote them, disagree with them, glorify and vilify them. About the only thing you can't do is ignore them because they change things. They push the human race forward. And while some may see them as crazy, we see genius. Because the people who are crazy enough to think they can change the world, are the ones who do."  ~  Rob Siltanen  (narrated by Steve Jobs)
WHY WE CHOOSE FREEDOM